For this year’s 10th anniversary gala, the Canadian Nurses Foundation is proud to present the 2020 Nightingale MaskerAide, an immersive virtual experience to thank and celebrate nurses and provide aid during this crucial time.

Join us on December 3rd as we roll out the (virtual) red carpet for nurses with an evening featuring iconic Canadian talent and heart-warming storytelling – creating a national stage to shine a spotlight on the nursing community across Canada.

By the end of 2020, CNF endeavours to raise $500,000 in support of nurses with a portion of proceeds directed to the Canadian Nurses Foundation COVID-19 Fund which launched earlier this year. 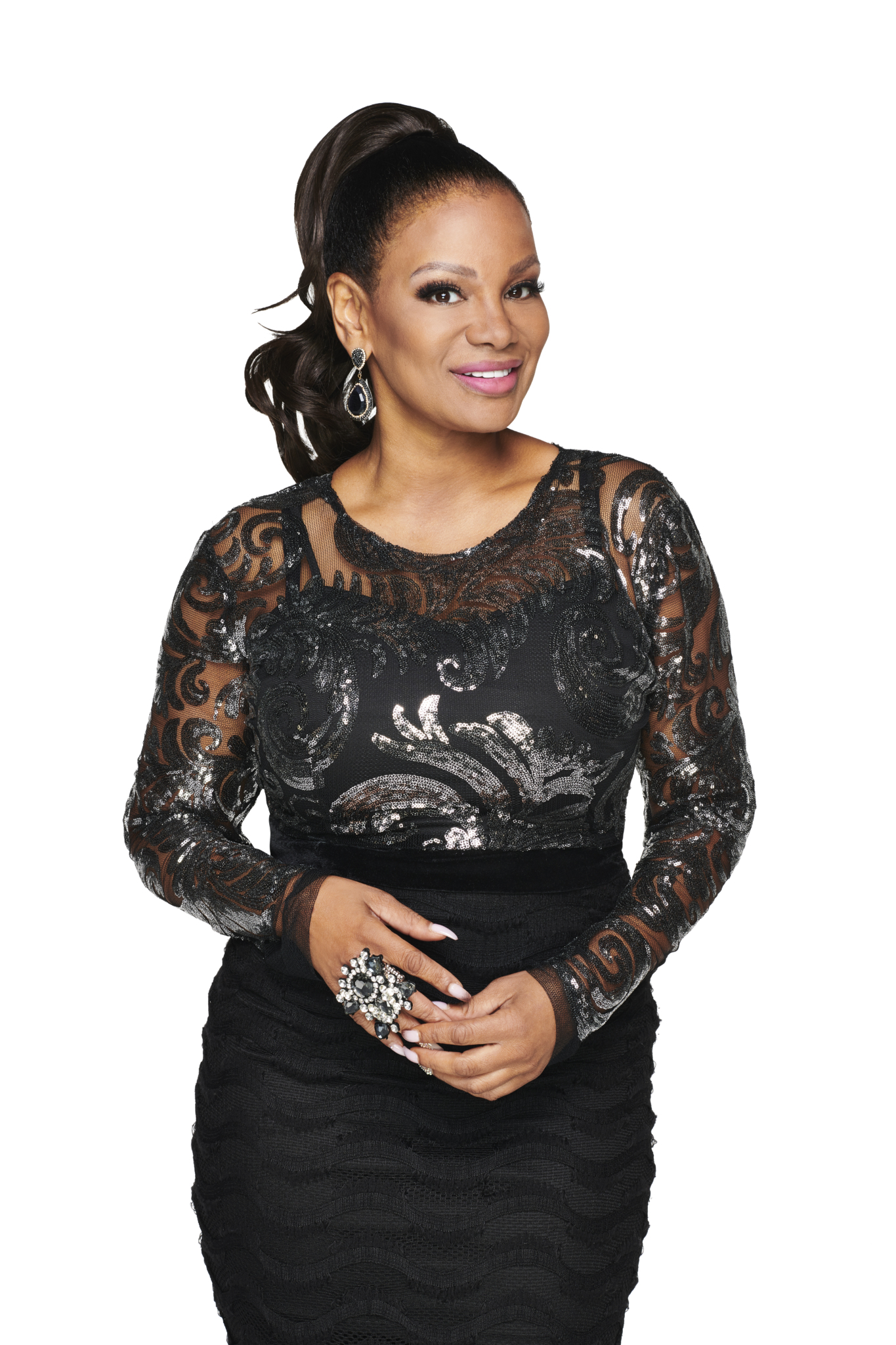 The 2020 Nightingale MaskerAide will be hosted by none other than ETALK's Traci Melchor. Beloved for her outgoing and lively personality, Traci Melchor (@stayfabulous) has been an icon on the Toronto entertainment scene for more than a decade. Vibrant, witty and fab, this Pickering, Ont. native is a senior correspondent for Canada’s most-watched entertainment program, ETALK.

Before joining CTV’s ETALK as an entertainment reporter, Melchor covered high-profile events including the OSCARS® and Super Bowl. Delivering daily entertainment news hits on CP24, Melchor was named one of the National Post’s “Worthy 30” for her contribution to the television industry. Melchor was also part of the launch of CTV’s daytime talk series, THE SOCIAL, which she co-hosted for two and a half years. Now a senior correspondent for ETALK, Melchor also contributes regularly to CP24 BREAKFAST, THE MARILYN DENIS SHOW, CTV NEWS CHANNEL, and CHUM 104.5.

A true renaissance woman, Melchor has received the Harry Jerome Award and the Champions of Mental Health award both in the media category, and supports various charitable organizations that support mental health including Kids Help Phone. Melchor has also walked the runway in support of various causes including the Dare To Wear Love fashion show in support of The Stephen Lewis Foundation and The Heart Truth Fashion Show at Toronto Fashion Week in support of the Heart and Stroke Foundation. 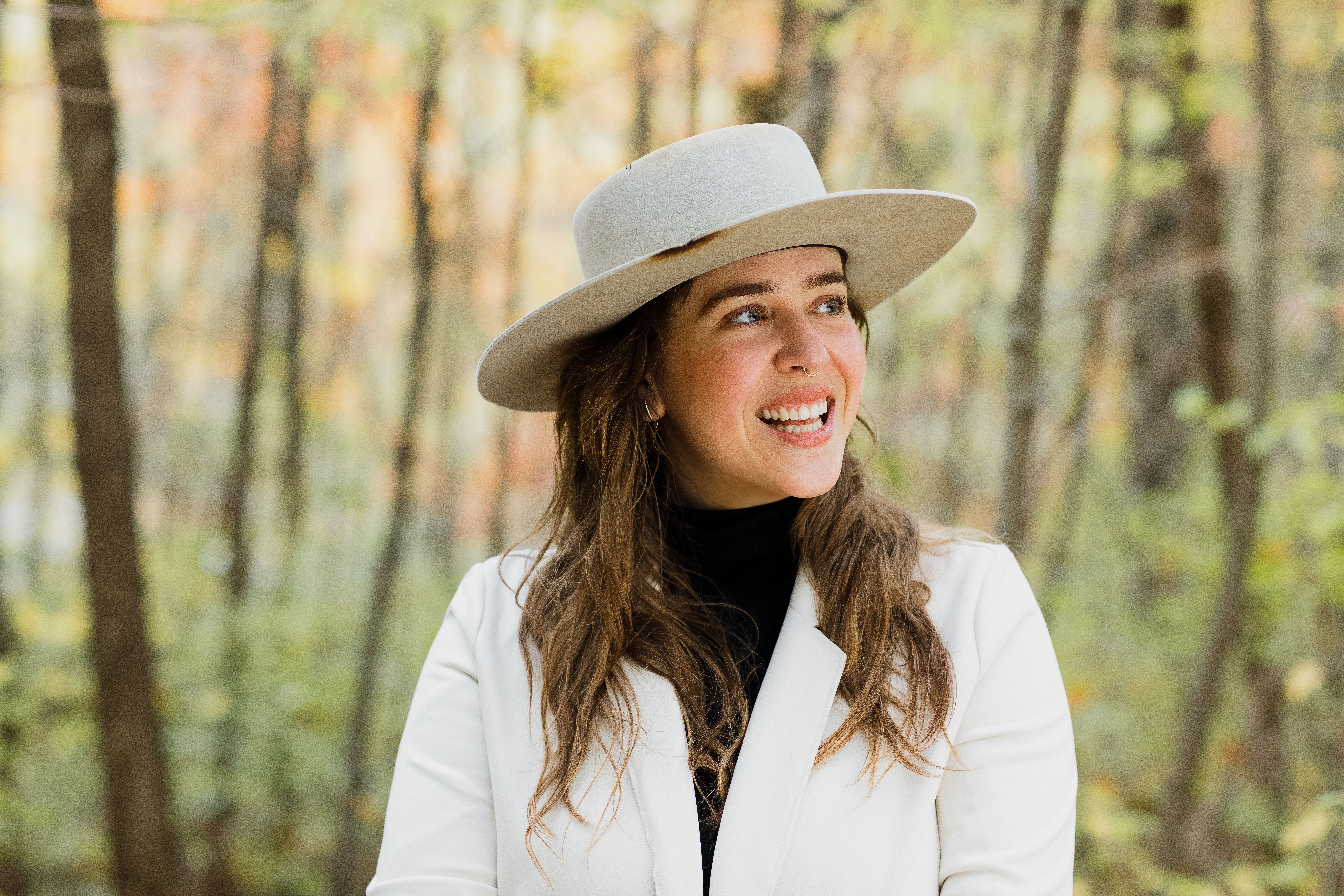 For Serena Ryder, music is medicine. Her raw and earnest songwriting, and beautifully electric live performances, have made her a favourite amongst fans, peers, and critics alike. The award-winning singer-songwriter has won six prestigious JUNO Awards, a MuchMusic Video Award, and a Canadian Screen Award for Achievement in Music – Original Song. In 2018, Ryder received the Margaret Trudeau Mental Health Advocacy Award and she has been the face of the Bell Let’s Talk campaign for several years.

Ryder has been playing guitar and penning songs since she was a teenager. Prior to her chart-smashing album, Harmony (2013), Ryder achieved gold-selling status with her previous albums, If Your Memory Serves You Well (2007), and Is it O.K. (2009). Her songs have also appeared in more than 50 TV shows and commercials, including Grey’s Anatomy, VEEP, and Suits. In concert, Ryder has shared the stage with such notable artists as OneRepublic, Kanye West, Sara Bareilles, HAIM, Pitbull, and Melissa Ethridge.

Some of Notorious Cree’s notable performances include the 2006 World Ski Cup Championship in Italy, 2010 Vancouver Olympics, 2014 Juno Awards, 2015 Pan Am Games, the 2015 Coachella Music Festival, and the 2015 Sydney Opera House. In 2009 Notorious Cree appeared as a finalist on popular TV show "So You Think You Can Dance Canada" and was recently hoop-dancing on a world tour with Juno award winning group “A Tribe Called Red”. 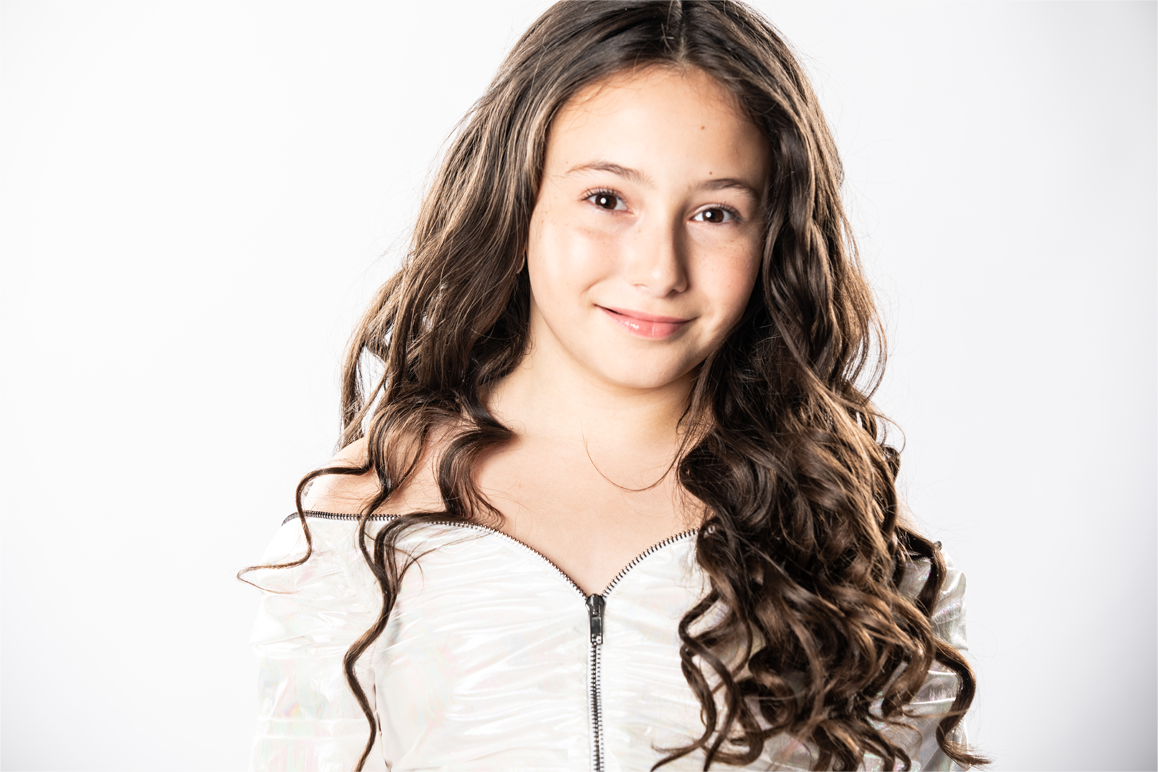 Roberta Battaglia is a dynamic, up-and-coming young vocalist from Toronto, Canada. Born in 2009 into a musical family, Roberta began her singing career at the astonishing age of three years alongside her father, Alessandro Battaglia and together the duo has graced many stages from local community performances to galas and noted charity events. A second-generation Italian Canadian, Roberta is fluent in both English and Italian and performs a diverse repertoire of music in both languages ranging from ballads and top-40 hits to high-octane pop.

She has studied her craft via academy singing instruction and has already contributed to commercial productions while receiving recognition in noted competitions such as 1st runner up at CNE Rising Star. Her special independent appearances include a performance at Idea City presented by television mogul, Moses Znaimer as well as Toronto’s Breakfast Television where her rendition of Lady Gaga’s Shallow ‘broke the internet’ resulting in over two million views in only two weeks – an outstanding accomplishment for a nine year old.

Passionate and well ahead of her time in both skill and maturity, many consider Roberta an old soul who utilizes her many talents for the greater good. Roberta recently launched her own charitable initiative designing bracelets while donating 100% of the sales to Toronto’s world-renowned SickKids Hospital. “It’s about kids helping kids,” explains the philanthropic artist. “I just want to see people smile. I love making everyone happy.”

Want to join the conversation on social media? Connect with The CNF to show off your masks and get excited for a MaskerAide like no other! 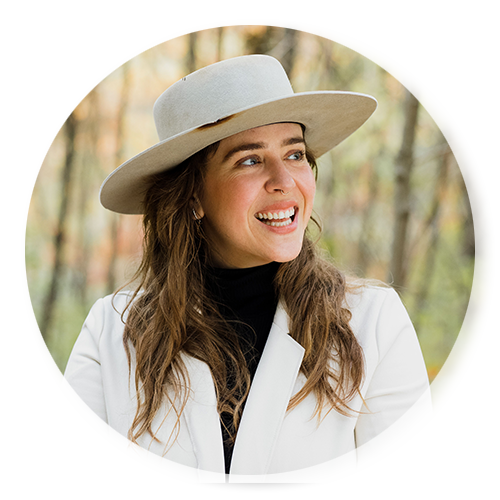 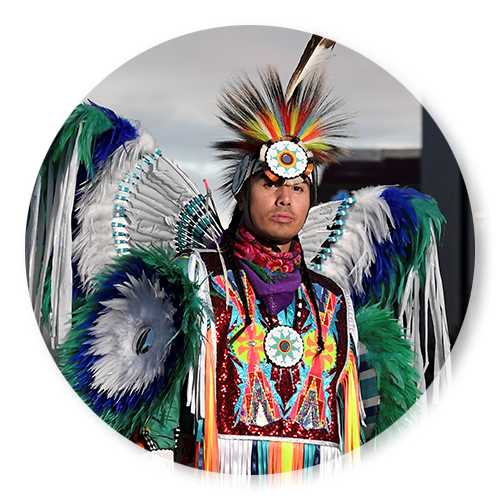 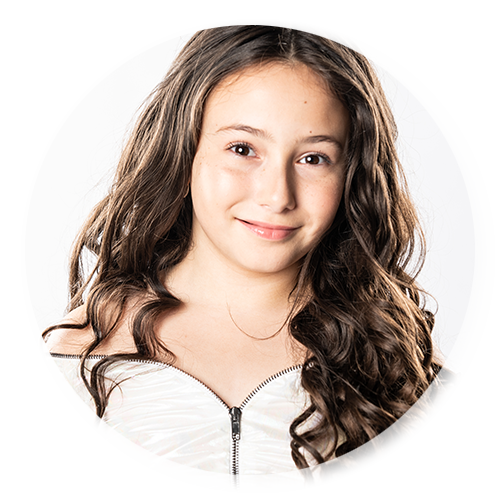 Roberta Battaglia, a young vocalist from Toronto, Ontario, was Sofia Vergara's Golden Buzzer Winner on season 15 of America's Got Talent.

The Canadian Nurses Foundation is excited to bring its annual gala auction online! Click HERE to browse and bid on an exciting array of virtual experiences, art, apparel and more!

THANK YOU TO OUR SPONSORS!

In the midst of a global pandemic, never has it been more crucial to support and thank nurses who work tirelessly, risking their lives every day on the frontlines against the battle of COVID-19. This year Canadian Nurses Foundation launched The COVID-19 Fund to provide immediate assistance to nurses, including mental health support, skills and training, aid for new research and best practices for future pandemics.

Over 268,500 registered nurses work with Canadians at every age and every stage of life — in clinical settings and in education, research, administration and policy across the country. Nurses are leaders in public health, patient safety and are critical to the achievement of positive health care outcomes.

For over 50 years, the Canadian Nurses Foundation has helped nurses learn, investigate and advance nursing best practices. We improve the delivery of health care by awarding scholarships to promising nursing students and nurses at all educational levels, and by funding nurse-led research that enhances the quality and efficacy of patient care.

If you want better health, better care and better value for all Canadians, then your investment in us is a wise one. Together, we are investing in nursing excellence for better patient care.

Do I need to register to attend the CNF Nightingale MaskerAid?

Yes, registration is available at www.cnfmaskeraide.vfairs.com, with a variety of unique ticket tiers to customize your virtual experience!

Proceeds from each ticket sale will benefit The CNF COVID-19 fund and other CNF initiatives that advance nursing knowledge and research and recognize professional merit in Canada’s nurses. By investing in nursing education, research and training today, we can be prepared to face the health care challenges of tomorrow.

How do I log in on the day of the event?

Your login details will be sent to the email address provided during registration. You can use these details to access the online event on Thursday, December 3.

Where will the event be held?

This is a virtual event that takes place entirely online! You can participate from desktop, mobile and tablet devices anywhere that you have Internet access.

Will I receive anything from attending the event?

Throughout the event, you will have the opportunity to collect a “virtual swag bag” of promotional materials to redeem for free and/or discounted items and services as a thank you from our generous sponsors!

Can I invite my colleagues and friends to attend the event?

Absolutely! Your help in spreading the word allows us to Help us spread the word. You can simply share the link to this page, and they can register at their convenience.

Do I need to download or install any software to be able to attend this event?

No, since our virtual platform is web-based, you will only need internet access to attend the event.

Which browser is best for video streaming?

We recommend using either Google Chrome or Firefox.

What can I do to improve my video streaming quality?

Ensure you have a strong internet connection for the best viewing experience and streaming quality.

Who do I contact if I have troubleshooting issues on day-of?

Send an email to cnfmaskeraide@getvfairs.io for any technical assistance.

Questions about how to register or support the CNF Nightingale MaskerAide?
Interested in learning more about Canadian Nurses Foundation and its initiatives? We’d love to hear from you!